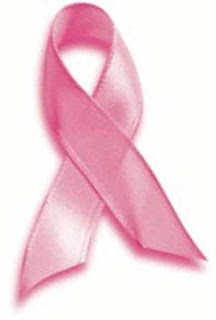 Postmenopausal women may see a breast cancer benefit from the addition of monounsaturated fats to their diet.

A study from the American Journal of Clinical Nutrition suggests that a Mediterranean style diet may significantly reduce the risk of breast cancer for postmenopausal women. The diet is heavy in monounsaturated fatty acids (MUFA) which are credited with this and many other health benefits.

The study was led by Epidemiology and Medical Statistics in Athens, Greece in conjunction with the Harvard School of Public Health. Researchers followed 14,807 women in Greece for an average of 8.8 years. Those participants’ diets were ranked on a 9 point scale for similarity to the Mediterranean diet.

Researchers concluded that women whose diets were 2 points closer to the traditional Mediterranean diet were 22 percent less likely to develop breast cancer. The benefit was seen in postmenopausal women but not in those who haven’t gone through the change.

The MUFAs found in olive oil, a highly prevalent part of the Mediterranean diet, have been previously associated with a lower breast cancer risk, but they also typically mean that other harmful oils like vegetable, corn and soybean are not used. These have been known to promote the development of tumors.

To donate to the Breast Cancer Research Foundation, click here.

You can visit Carter & Cavero Old World Olive Oil Company at their stores in Red Bank, Pier Village/Long Branch and Palmer Square/Princeton, New Jersey or you can shop online at www.carterandcavero.com. Carter & Cavero will also be returning to the Holiday Shops at Bryant Park in New York City this holiday season from November 5, 2010 to January 2, 2011.

Olive Oil and Your Skin